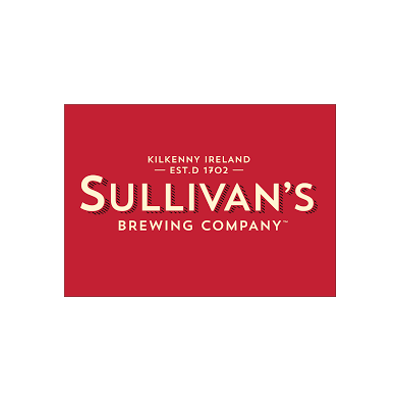 Sullivan’s Brewing Company opened for business over three hundred years ago in The Maltings on James’s Street, smack bang in the middle of Kilkenny City.

Up until the early 1700s, brewing on a large scale was a rarity, this resulted in many small breweries springing up all around the country, with little or no consistency in the beer that was being produced. Back then, to guarantee that each pint was as good as the last, required brewing on a bigger, more exacting scale.

Enter Mr. Sullivan, a man of high morals, integrity and a good nose for great beer. Through his belief and hard work he established a brewery the likes of which had never been seen in Kilkenny. He only used the very best local ingredients and the very best brewing methods to ensure that every barrel of Sullivan’s Red Ale that left his brewery was as good as the one that had gone before